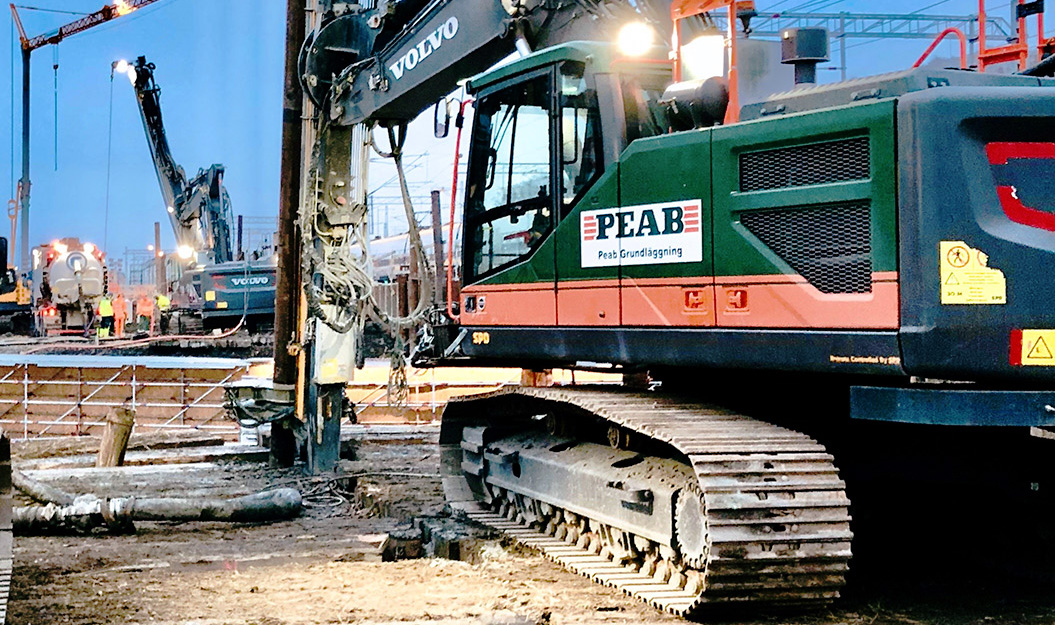 Peab Grundlaggning AB is a Swedish foundation company that is a part of Peab AB, an international construction and civil engineering company based out of Sweden. Recently Peab Grundlaggning had a problem in an ongoing bridge repair project, where, due to some last minute changes, they suddenly were without the needed drill pipe to proceed with the project.

Sourcing the pipes proved difficult due to the special requirements regarding the OD and wall thickness. Peab was drilling with a Wassara hammer and TerraRoc’s casing advancement system for OD 219.1mm. Delaying the project was not an option for Peab. The bridge was temporarily closed for traffic, and if the project wasn’t finished soon, the next opportunity wouldn’t come until next year.

This was a good opportunity for TerraRoc to present its solution: the needed pipes could be manufactured and delivered in a matter of days. “TerraRoc responded quickly and did its best for me as a customer” says site manager Jonas Lindahl from Peab Grundlaggning AB. TerraRoc got the information on Thursday and the pipes were delivered on next Tuesday morning. “TerraRoc’s performance was excellent.” Lindahl adds. “All our questions were immediately answered and they showed a real will to solve the problem.”