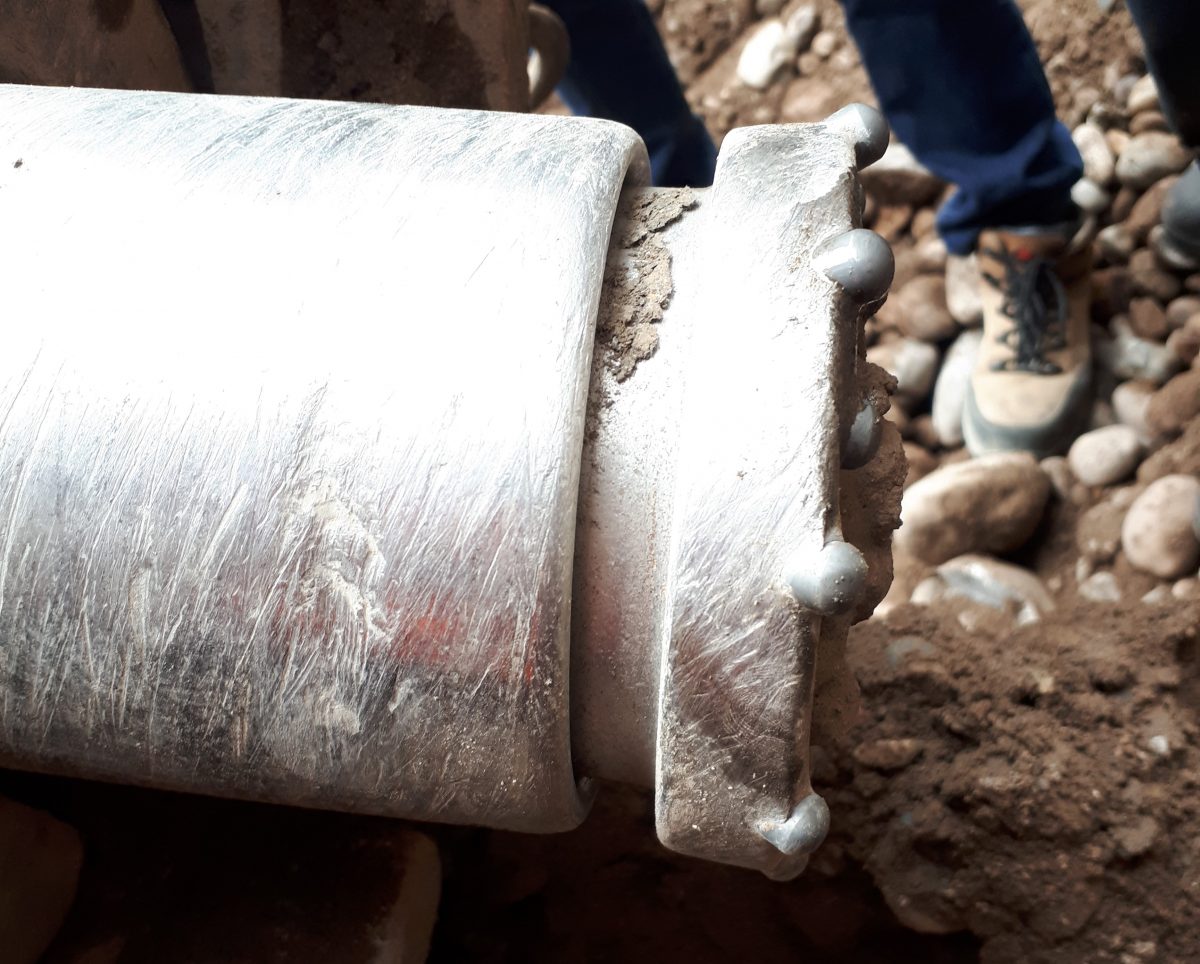 We often get the question of how much can a retrievable ring bit set wear before it will break. As always in drilling, there is no exact science and there is no magical number because all drilling sites are different and comes with different challenges and ground conditions.

The wear is a factor of force, speed, and time. Force is defined by ground conditions and the hole depth. The stronger the “grip” between ground and casing, and the deeper the hole, the greater the friction force will be. On the other hand, the force can also be evaluated based on the feed force and hammer air pressure, as the force is also feed force + impact.

Time is taken into consideration by using a term called “In-hole time”. This means the total time consumed to actively drill the hole. This is a factor of hole depth versus penetration rate. As an example, if 10 meters take 5minutes to drill, you would get a certain wear but if the same 10 m would take 10 minutes the wear on ring bit set would be higher.

Optimizing of these parameters will result in increased penetration rate, less In-hole time, and as a result, less wear on the ring bit set.

What is the safe wear of the ring bit set? As the phenomena is quite complex, an answer to “safe wear” cannot be given. Best answer to the question is a combination of the operator’s own knowledge of the ground conditions, requirements of the hole to be drilled, and the equipment used. To give some guidelines in this matter, if only the pulling shoulder between the ring bit and the casing shoe is to be considered and you drill in easy formation an  increase of 100% in the longitudinal gap should be able to be achieve.